How to make this recipe

Third step : Coat one side of each flour tortilla with melted butter or butter flavored cooking spray. Sprinkle tortillas with desired amount of cinnamon sugar. Cut into wedges and arrange in a single layer on a large baking sheet. Spray again with cooking spray (not necessary if using melted butter).

Finally step : Bake in the preheated oven 8 to 10 mins. Repeat with any remaining tortilla wedges. Allow to cool approximately 15 mins. Serve with chilled fruit mixture. This salsa can also be serve with cinnamon graham grackers or cinnamon pita chips. Best when made and eaten the same day otherwise the fruit gives off so too much juice and it gets runny. 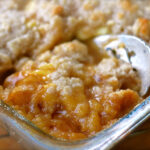 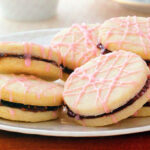