Apricots are known for their anti-inflammatory and anti-oxidant properties, making them an excellent option for boosting your immune system. Studies have also suggested that they are effective in managing inflammatory bowel disorders like ulcers (specifically ulcerative colitis) and kidney problems. In fact, the study that focused on apricots and kidney health discovered that the fruit was able to exert a protective effect on kidney cells from methotrexate-induced damage. Methotrexate is a chemotherapeutic drug known to damage the healthy cells of the kidneys.

In spite of old myths – now debunked – about avocados being high in fat and therefore “bad for the heart”, the fruit actually has cardioprotective properties. Studies have found out that avocado – especially extracts from it – is able to fight against hypertension by slowing the heart rate (bradycardia) and relaxing the blood vessels (vasodilation). In terms of nutritional value, the fat content of avocado is highly bioavailable, meaning it is easily stored and broken down by the body compared to fat from processed food. Another study also found that avocados have anti-diabetic properties as well, able to improve glucose uptake by the liver and muscles, decreasing the risk for metabolic problems that damage the nerves and blood vessels.

Bananas are an excellent source of dietary potassium, an electrolyte responsible for transmitting signals through the nervous system – the most important area being the muscles of the heart. People who do not have enough dietary potassium in their body often manifest cardiac problems and generalized weakness. Generally, bananas contain high levels of antioxidants and vitamins, making intake very beneficial to overall health and wellness. Antioxidants are able to clear the bloodstream of free radicals that damage healthy cells and tissues as well as giving the immune system a boost.

The cantaloupe is a part of the melon family that is not only delicious and refreshing but also has numerous health benefits. A recent study published in 2012 found that extracts from cantaloupe were able to significantly reduce hyperlipidemia in test subjects fed a high cholesterol diet – even more so than Atorvastatin, an anti-hyperlipidemic drug prescribed to diabetic patients. Other benefits include its ability to improve eye sight because of high beta-carotene content.

Cucumbers are rich in an antioxidant substance called fisetin, which has been linked to numerous health promotion benefits – including improvement in cognitive function, analgesia, reduction of cancer risk. In a 2014 study, fisetin was able to improve cognitive function in test subjects with Alzheimer’s. Another study in 2010 found that cucumber extracts had analgesic and antioxidant properties. The chemotherapeutic activity of cucumbers was seen in a study in 2013.

Dates have numerous benefits that promote the health of the heart, liver, and immune system. In 2014, a study discovered that dates were able to protect the liver from chemical-induced damage, typically by drugs and medications that the liver filters from the blood. A newer study in 2015 showed that dates have potent antioxidant properties, as well as an ability to prevent plaque deposition in blood vessels (the latter being responsible for atherosclerotic heart disease).

Kale is known as a nutrient-rich leafy green, a favorite for salad-lovers. Studies have shown how kale is rich in highly bioavailable carbohydrates, vitamins and minerals, dietary fiber, and prebiotics – making it an excellent diet inclusion for people suffering micronutrient and calorie malnutrition. Aside from salads, kale chips can be a better alternative to potato chips.

The scientific name of lemon is Citrus lemon, naming it a part of the family of citrus fruits like in vitamin C, a substance that boosts immunity and protects the body from disease. Other benefits have also been discovered in recent studies, such as lemon’s cardioprotective abilities. A study published in 2014 showed that lemon had anticoagulant abilities, similar to Aspirin (a cardiac medication used to prevent clot formation and promote blood flow), and could prevent the formation of thrombi that block blood vessels and prevent the circulation of blood.

Not only are pineapples rich in vitamin C, they are also rich in other nutrients like iron, calcium, and magnesium – and in significant amounts too! However, pineapple has also been used for hundreds of years in traditional medicine. A study in 2013 found that pineapple leaf extract was able to promote tissue repair and healing and fight against microbial infections. The extract exhibits strong anti-inflammatory properties which contributes to faster tissue repair.

With summer upon us, watermelons have become available everywhere! The fruit is a popular choice for a cool-down snack – whether as it is or as a shake or drink. What people don’t know is that watermelons have excellent antioxidant, anti-inflammatory, and ant-cancer properties. Studies have found that watermelons are able to regulate oxidative tissue damage, lower lipid levels, and reduce the risk for cancer, heart, and metabolic diseases. 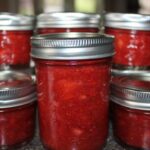